By now you know I’m pretty much as obsessed with tassels as I am with taking things apart and putting them together in new ways – just look at practically any post in this blog for examples! So when someone gave me a handbag with these tulip-headed tassels attached, I couldn’t resist a little reconfiguration project (I gave the now-unadorned bag to my mum as she is not the tassel type).

I’d had this metal pendant in my jewellery stash since buying it at the Grand Bazaar in Istanbul in 2007 but somehow had never worn it. 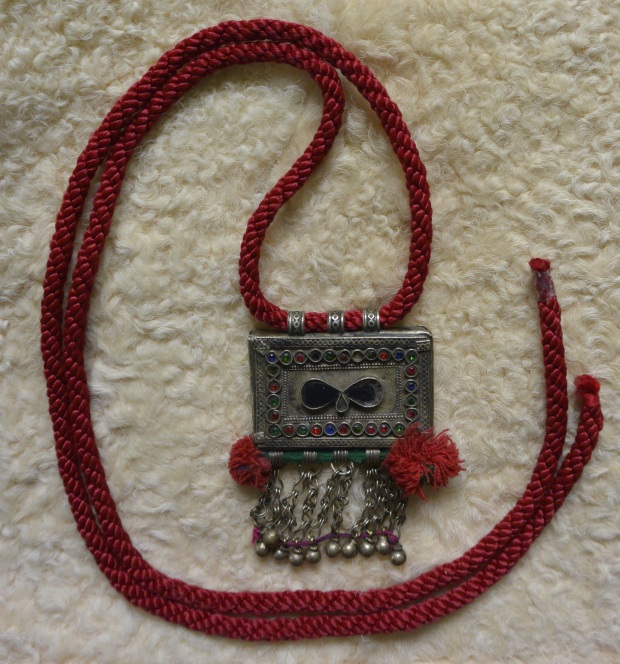 Suddenly, though, it seemed obvious that these elements belonged with each other. I’m fairly sure they’re all from the same general region as one another (ie the Middle East or one of the “stan” countries) so set about joining them together. All it took was some cord and a needle and thread. 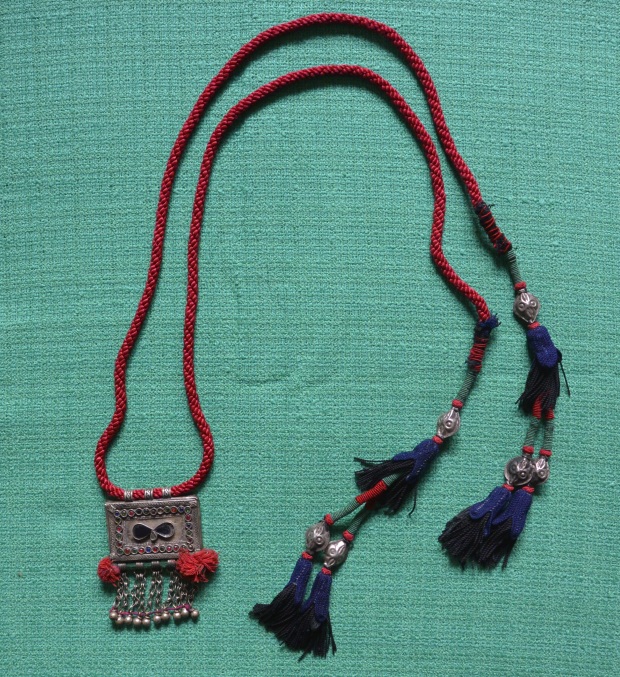 Making sure it was in the centre, I threaded the pendant on to the length of cord, then sewed the tassels to each end, with the stitching also serving to prevent the cord fraying (why do one thing at a time when you can multitask, hey?).

And then I was about to take photos outside when it started raining and got really dark, so instead of crappy selfies of me wearing my new neckpiece, here are crappy flatlays that show just some of the ways this design can be worn. 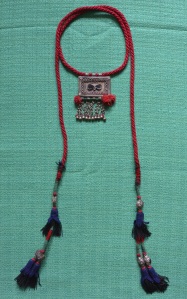 Choker-style with tassels hanging free at each side

Choker style with tassels tied to sit beneath pendant 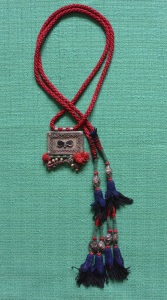 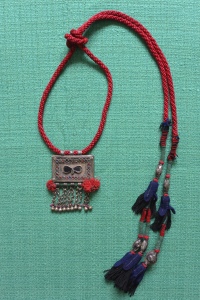 Knotted at the back with a tassel falling over each shoulder

There are probably other ways to wear it, especially with the help of some safety pins and more knots. I’ve used really nuanced pieces (ie the obviously Middle Eastern metal pendant and the similarly Middle Eastern detailed tassels on a red cord that picks up their colours) but you could do something similar with any kind and colour of cord with a bead or trinket at the centre and tassels or other decorations at the ends. When it comes to getting more tassels into your life, anything goes!