Welcome to Singapore Airlines flight 2017. I’ll be your friendly attendant for today, if I can actually move wearing my uniform…

OK, so this batik outfit probably wasn’t ever worn to serve cocktails in first class, but that was what it reminded me of when I found it at Vinnies for $5 (yes, $5 for the set: tailored top and long skirt with side splits). Finding it also reminded me that I already have rather a lot of batik, but one more outfit never hurts, right? Especially when it’s practically the perfect fit already – and seriously, who else was likely to buy something like this? It was up to me to rescue it. 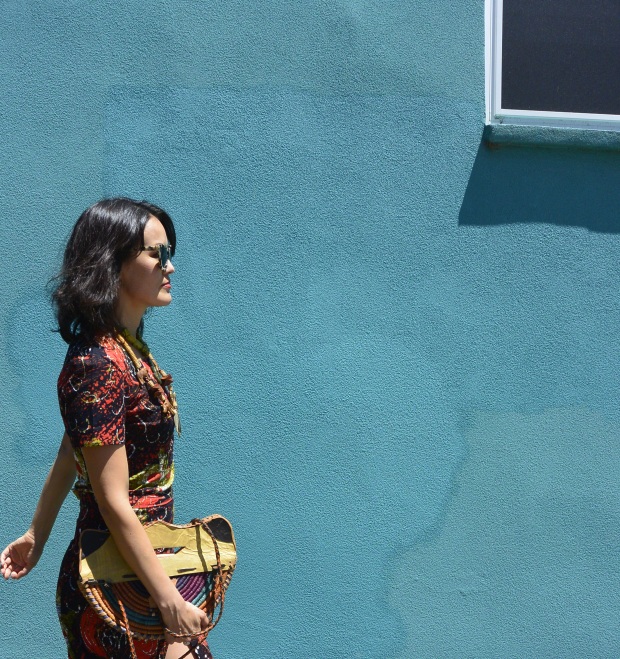 I hardly had to do anything to the top – just took it in slightly around the hips where it was sticking out. And actually, I didn’t do that much to the skirt, either.

The skirt was a teensy bit snug around the waist but I decided to use the lower part of it to make a “new” skirt instead of trying to make the waistband bigger. I cut off enough for a knee-length skirt… 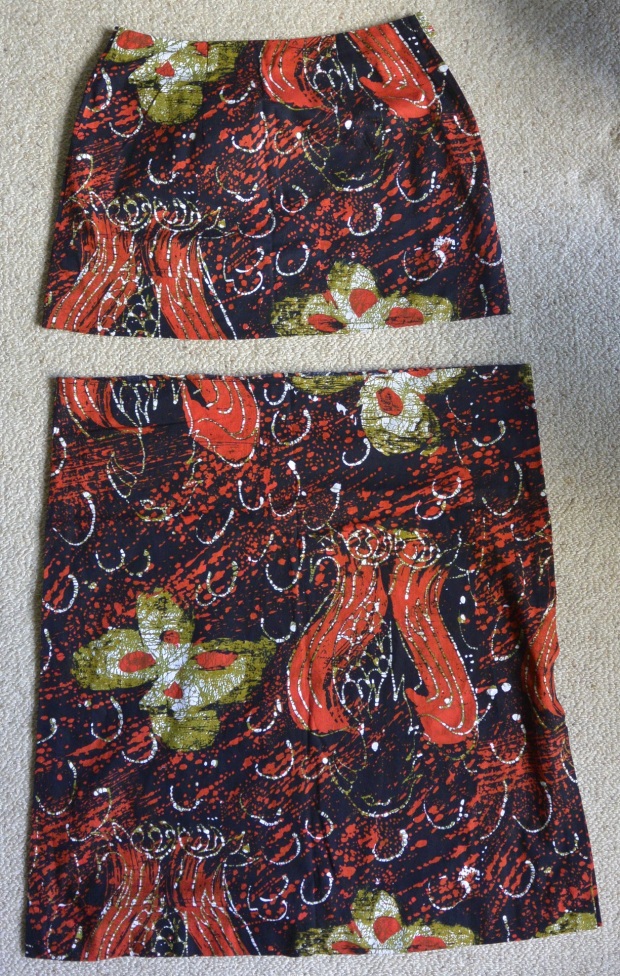 … and swivelled it around so the side splits became the centre front and centre back.

After that it was a matter of making a big pleat either side of the centre back to reduce the excess fabric around the waist, sewing on the waistband (unpicked from the original garment), and sewing up the splits a bit so I don’t show off too much leg when I’m walking!

It’s much easier to stride around in this version of the skirt! (Or walk purposefully but elegantly, if you’re a flight attendant.)

I can wear the top and skirt separately, of course, but I enjoyed keeping them together for this shoot as it shows how a quick refashion can transform a uniform (in this case one with a strong ethnic nuance) into something much more contemporary and wearable.

I’m not sure whether the fabric itself was of Asian or African origin, seeing as both are possible when it comes to batik, but the original outfit was more Asian in silhouette. The fabric’s the perfect backdrop for African-themed accessories though!

Thank you for flying with me to Style Wilderness today! I look forward to welcoming you aboard again in the near future 🙂 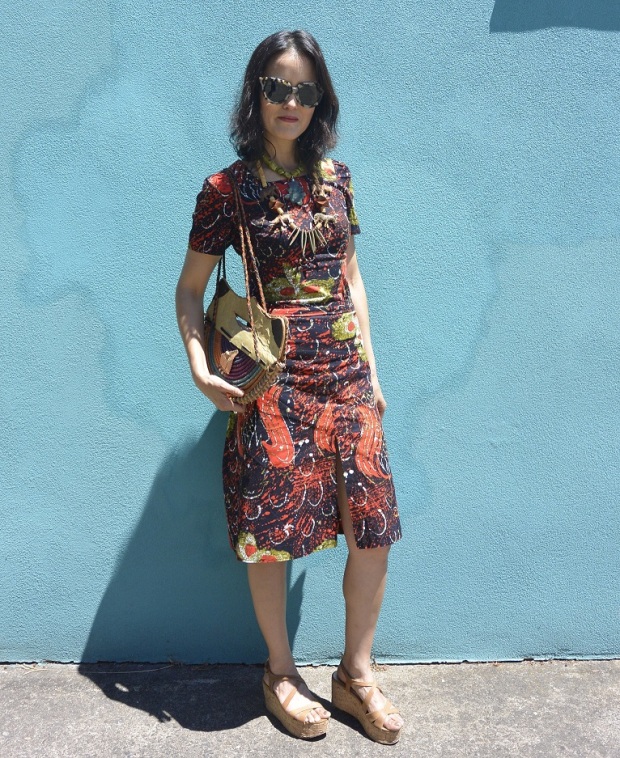