Day at the Melbourne Museum #2

Have I said yet how much I love the Melbourne Museum? No? You probably worked it out for yourselves from the number of pictures in my previous post… which will be repeated or bettered here. Today’s post is a tour through the Science and Life Gallery which might be a bit yuk if you don’t like insects. But who doesn’t love cockroaches? Um, me, that’s who… 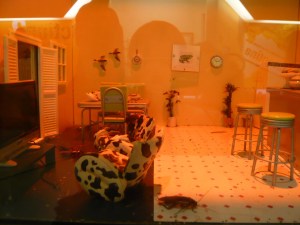 Still interesting to find out about the insect world though. I loved my doll house when I was little but now that I think about it, it would have been even cooler if I had had cockroaches living in it… and in other decorating ideas, how about a dividing wall full of tarantulas?

Or a box of butterflies?

To most people this would look like a wall of stick insects.. to me, it’s like I’m looking into a mirror…

Apparently the museum gets insects to work for them too – this mudlark was stripped back to its skeleton by some six-legged helpers as the job was too fragile to be done by clumsy human hands. 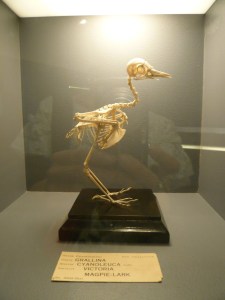 The room full of taxidermied animals and birds is amazing, although it’s depressing to think that if we continue on our merry polluting ways, the only way we will ever see these creatures is in this stuffed state. 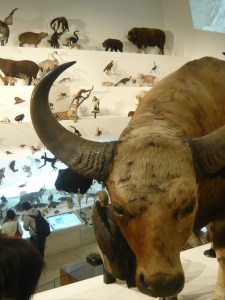 I decided to leave the best part of the museum for last… how many museums do you know whch have a FOREST? A real, live forest. With, like, you know, trees and nature and stuff. No, this is not a picture I prepared earlier, I took this IN THE FOREST GALLERY at the museum. 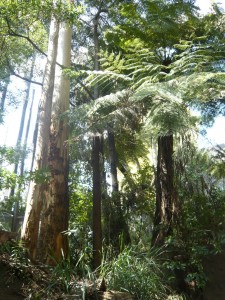 And if you want to learn things as well as enjoy the nature, there’s signs around explaining how indigenous Australians referred to the seasons – like “Poorneet” which is when days and nights are of equal length, temperatures are rising but the rain continues, pied currawongs call loudly and often, and flax lilies are flowering (I think this must describe what we whities boringly refer to as ‘spring’).

There’s quite a few birds flitting around the forest, including tiny little finches like these. I would have preferred a shot of them among the ferns but they were just too speedy for me, so here they are at their feeding containers.

Having visited many times before I know that there are tawny frogmouths in the forest if you bother looking around for them, but I had a bit of a laugh at a sign saying ‘look up’ – the bird was sleeping practically directly above the sign, it must particularly like that spot. I couldn’t get a proper shot as it was up too high but this is what a tawny frogmouth looks like when it’s awake (there was one in the taxidermied section). 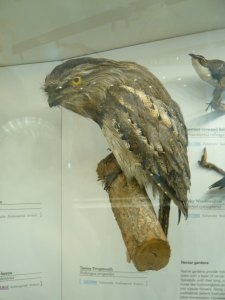 I’ve said it before and I’ll say it again, the Melbourne Museum is worth a visit whether you’re a local or from out of town, and the forest section is particularly handy if you’ve got friends from overseas visiting who want to see a bit of the bush but are on a tight schedule.
I would perhaps even go so far as to say this is my favourite of Melbourne’s indoor attractions. What are your favourite places in your home town?

Category : and even lions and tigers and bears if you look hard enough, birds, insects, Melbourne, museum

6 thoughts on “Day at the Melbourne Museum #2”