A tribute to safari suits

Working in a fairly informal office, my colleagues and I are fortunate in that we can wear pretty much anything we like, which explains why I can get away with outfits like this. However, I was still surprised when one of my workmates turned up in a safari suit the other day. I asked if he was attending a dress up party, a question which kind of backfired for me as he explained that he was wearing the 70s sartorial slip-up to honour a long-gone friend. The friend had had often worn safari suits, and now every year his mates gather for lunch, all dressed in safari suits as a kind of tribute. While the image of a group of men dressed in safari suits down at the local pub is somewhat humorous, it did get me wondering how people would dress if they were trying to honour me. I’d be extremely happy if it were something like this.

(Image of Fulani woman in all her amazingness from jamtan.com)

Yes, you’d be aware by now that I do like me a bit of earring goodness and general bling, the more ethnic-ky the better. But I know it’s not to everyone’s taste. How about these though? Would you be prepared to wear these at a little “dress like me” soiree? 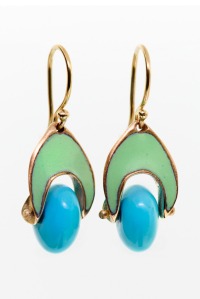 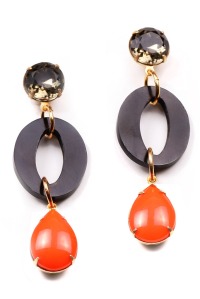 All of these and be more can be seen on style.com

Of course the real tribute would be if these were made from old wool and scraps of cardboard and other bits of stuff that you’d had sitting around for about 20 years, because as you know, that’s fairly much how I roll.

← Weekend in Sydney
Frida Kahlo had a monkey… →

8 thoughts on “A tribute to safari suits”