Yes, I know it’s quite a bit after February 14… two months after, to be exact! But seeing as the DIY in today’s post was inspired by Valentino’s SS2014 collection, I thought it was an appropriate title. Looking at the collection again just now to find an image, I have no idea how I managed to zone in on just one thing to inspire me – there’s so much to admire about every single look, whether it’s the layers of colourful embellishment or the stark simplicity of unadorned black. Nevertheless, it was the headbands over the severely parted hair that somehow got me thinking (image from Style.com)… 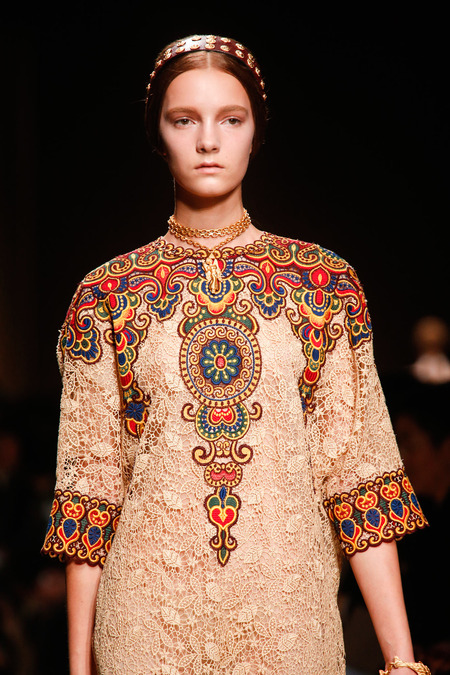 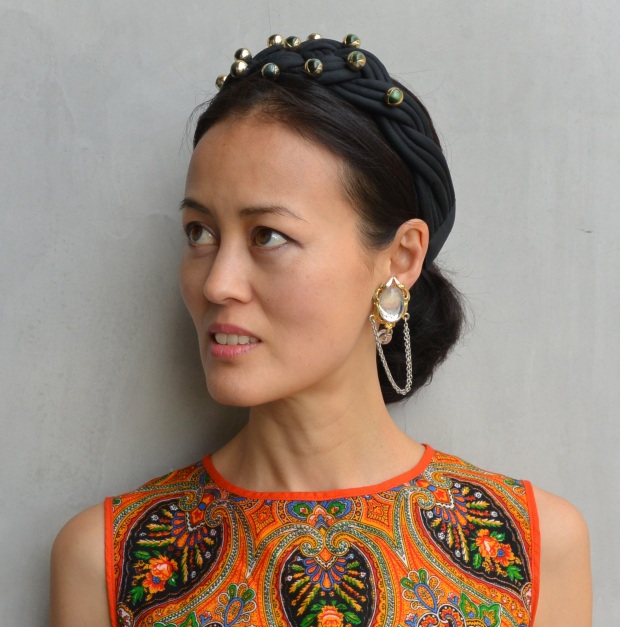 Not exactly the same, as the Valentino version is studded leather, but I’m sure you can see where the idea came from.

I made this from a belt I bought years ago at an op shop. It was made from narrow tubes of fabric kind of plaited together with fabric strips at either end to tie it around the waist, so if you want a belt you could easily make something similar by plaiting or knotting thick cord and sewing fabric or ribbon to each end. 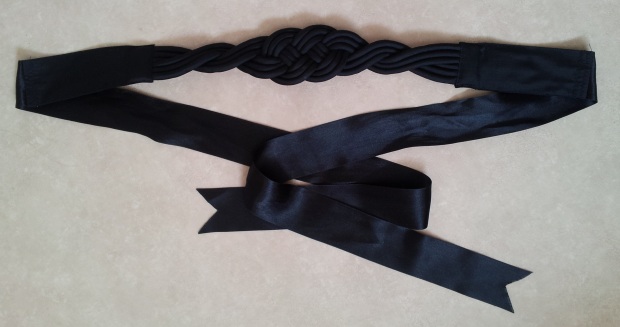 I never wore it as a belt, but knew it was too good to get rid of, so I was happy when I hit upon the decorated headband idea. There were all sorts of beads and things in my stash that I could have attached to it, or I could have embroidered it or even painted it with fabric paint, but I’ve had some bead-like buttons lying around since buying them at a flea market in Tokyo over a year ago, so I sewed them on instead.

A very easy project, if slightly time consuming as far as sewing on the buttons was concerned, but it’s the perfect activity to do in front of the TV!

Funnily enough, the top that I’m wearing (made from a scarf) has a bit of the Valentino vibe to it as well, even though I didn’t realise when putting the outfit together. I made the earrings too, so that makes my top half totally DIY!

← The DIY-er taketh away
Reception-free roadtrip →

One thought on “Valentino’s Day”