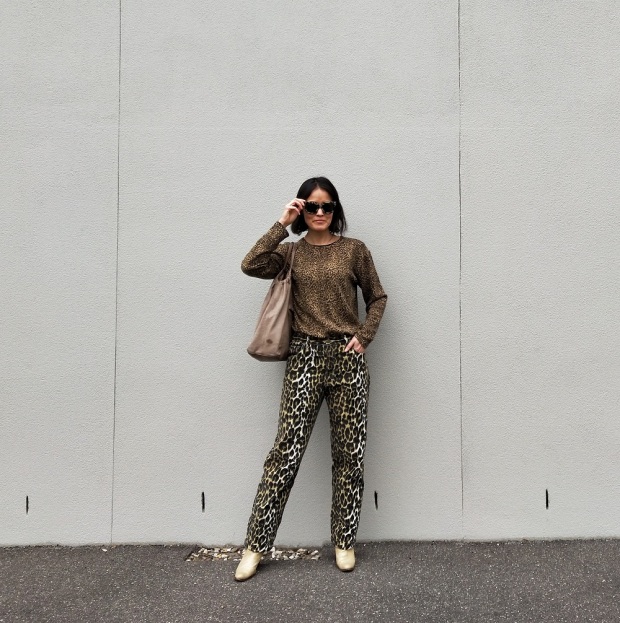 As much as I love fiddling with garments to make them fit me and my fashion needs, sometimes a quick fix is all I can be bothered with. So I didn’t overthink things when I found these big-cat print pants at an opshop recently (as they are Jag brand, maybe they should be called jaguar jeans? Fittingly, the opshop was an Animal Aid one!).

Although they were several sizes too big, the fact that they are printed corduroy (extra texture!) and their loose-ish fit won me over (too-tight animal print has too many connotations for my liking). If I wore them as hip-hangers, all I had to do was take them in at the sides, like so… 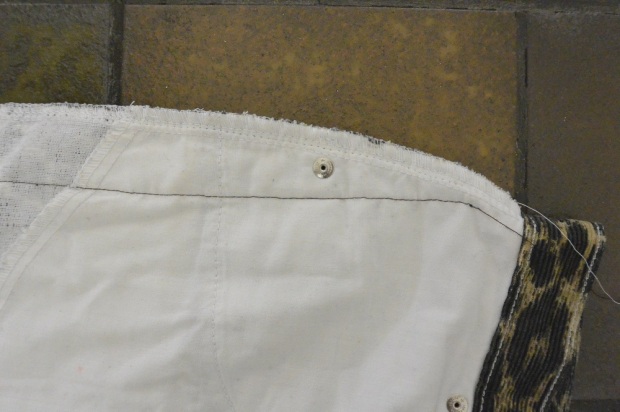 … and do something about the hems, which were too long. I thought about just cutting them off but that combined with the hip-hanging thing would have made for a too-casual vibe, so I made fake cuffs instead. This was surprisingly simple – all I did was fold up the excess hem on the inside and then fold that up as a cuff on the outside (easier done than explained, maybe?). I tacked them up by hand, so if I ever do decide that a different hem treatment will look better, I can easily unpick them. 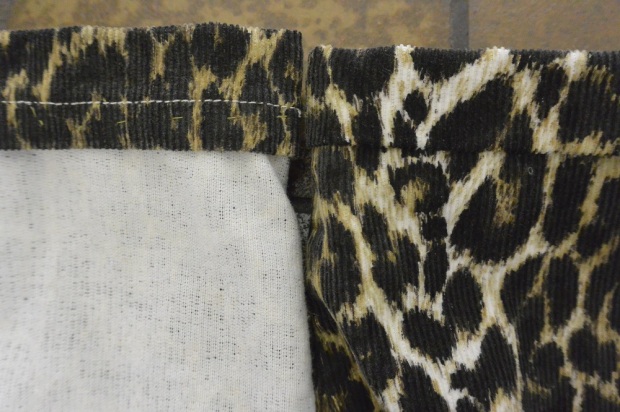 And then all I had to do was team them with an animal print jumper and tortoiseshell frame sunnies. Weirdly, this outfit might feel very out-there to some people but to me it’s like my new neutral. It’s even a bit camouflage-y… see? Just like a leopard in the undergrowth, I’m totally hidden in the urban jungle. 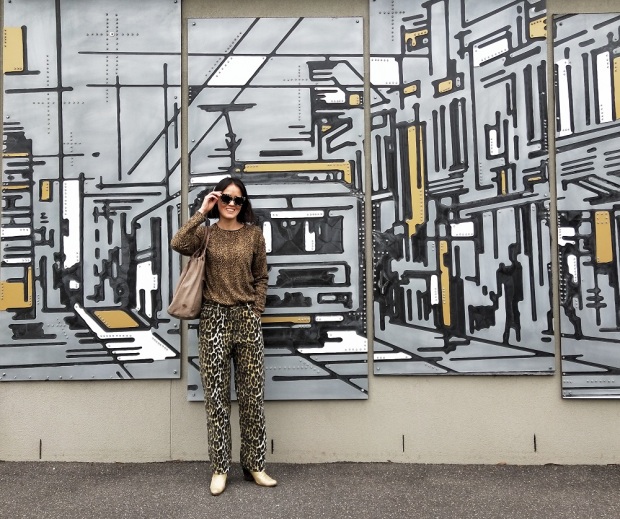 One thought on “Leopard legwear”