Tales of a table runner

Normally, I wouldn’t describe myself as a particularly argumentative person, but when I saw this stripy, woven, fringed textile in an opshop labelled as a table runner, I thought “what!? It’s a skirt!” and proceeded to make it true.

I don’t have any “before” pics of this one (except for here) but it was a rectangle with fringing along the long sides. I have a feeling it was handmade, which, combined with the fact that it was $1, meant I had to take it home with me.

To make it into a skirt, I brought the two short ends together and then folded them back on the outside of the garment. I’m calling this a design point but it was as much about me not wanting to cut the fabric in case I actually *do* want to use it as a table runner later!

This is my crap diagram of what I did. Why did I not just take step by step photos?!!! 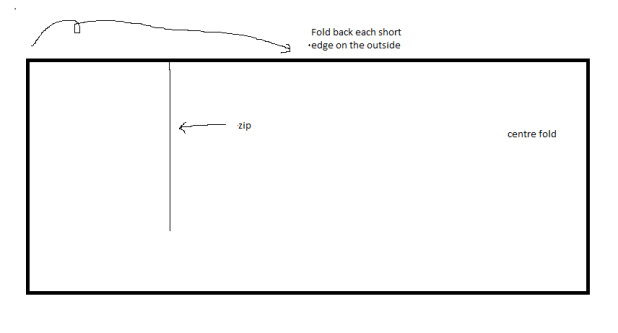 Here you can (maybe?) see what I have done, which can be applied to fairly much any rectangular piece of fabric if you don’t happen to have a $1 table runner on hand but still want to play along!

After putting the zip in so that I would be able to get in and out of the skirt while fitting it to my body, I added darts in the front and at the back, and also to the folded-back sections.

I ended up sewing this whole thing by hand because I wasn’t sure if the fabric would go through my sewing machine, and also there were a few fiddly bits that were easier to not have to manipulate on my sewing table which is crowded with patterns, half-burned candles, pins, WIPs and other items that admittedly could easily be moved elsewhere. But that would be too logical!

I quite like the cape-y look that I’ve created by doubling back the short ends at the back.

All the darts create a bit of a paper bag waist effect. The darts in the folded-over fabric were for shaping but also to keep the front of the skirt pencil-like instead of having excess fabric around the waist. The short ends of the rectangle finish just before the sides of my waist so that you can’t see the back cape-y look from front-on.

I’m looking forward to mixing things up a bit with this one… keeping it simple sometimes, clashing patterns for camouflaging myself when I go browsing in textile shops, haha… 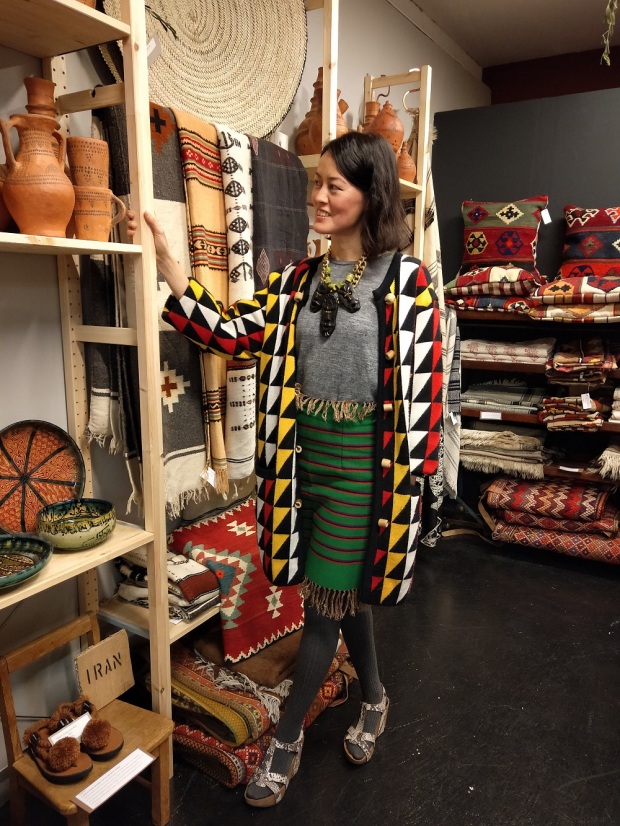 I did get a few people asking me if what I was wearing was actually a skirt, which indicates that this textile really is more table runner-y than I had perhaps thought. But who cares? Textiles can be whatever you make them, and if I want to go around wearing table runners, I will!

2 thoughts on “Tales of a table runner”