October 8, 2012
Another day, another flea market… or two, as the case may be. Today was a public holiday in Japan (Sports Day or something like that) so there were quite a lot of markets on, including the two I visited – Oi Keibajo and Intercity, both in Shinagawa. I’ll show you what I got at Oi Keibajo later in this post, but first, prepare for an overdose of retro kitsch from a stall I found at Intercity. 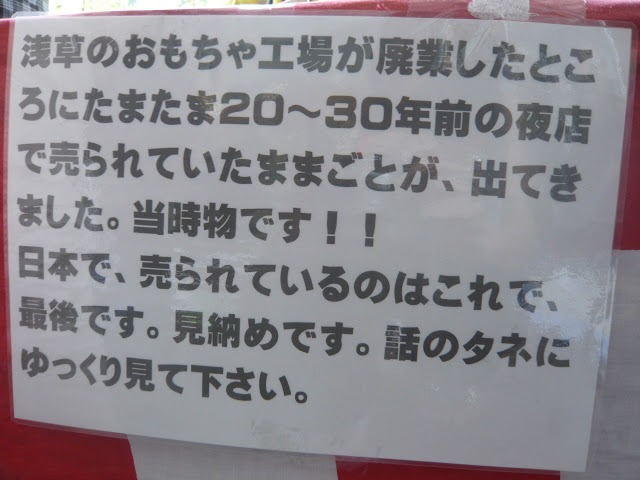 As the sign says, all of these toys from about 20-30 years ago were found in brand new condition in a toy factory in Asakusa – they are the kind of thing that are sold at festival stalls and night markets. You don’t see them much any more though, and Hello Kitty’s face has changed a bit! 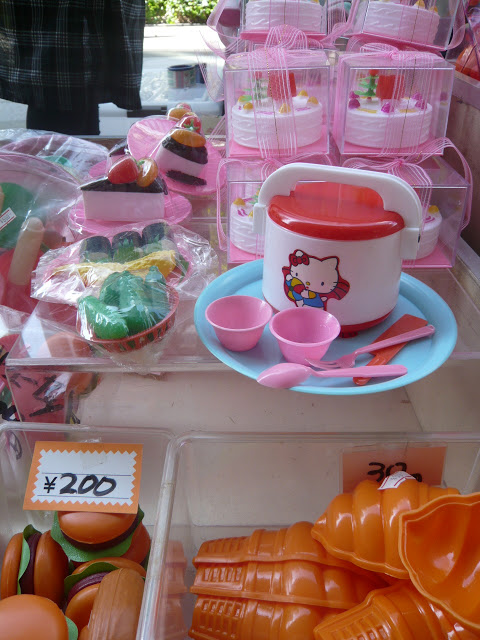 Just the kind of things little kids need for playing restaurants! They’re obviously aimed at the Japanese market because among the foods are bamboo shoots (top right in the photo below this). 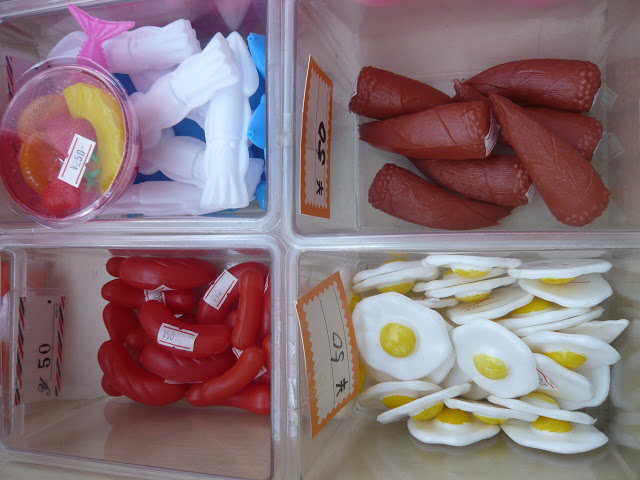 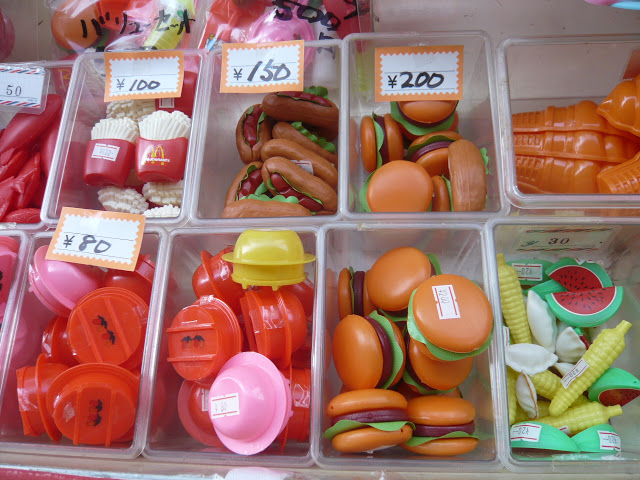 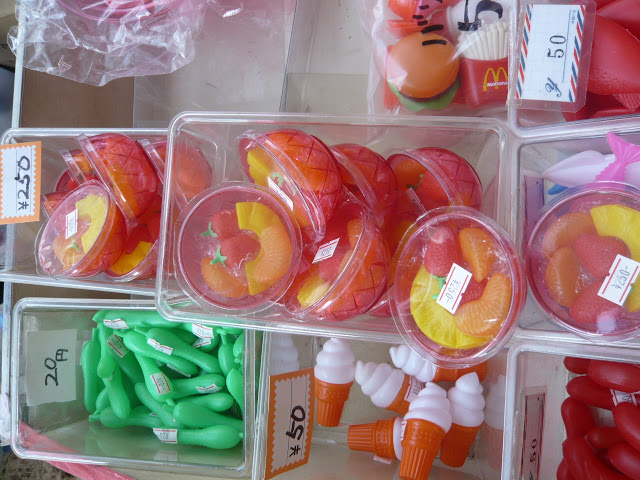 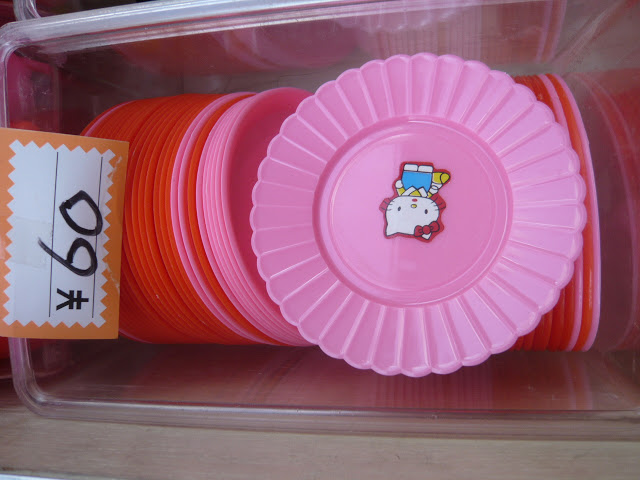 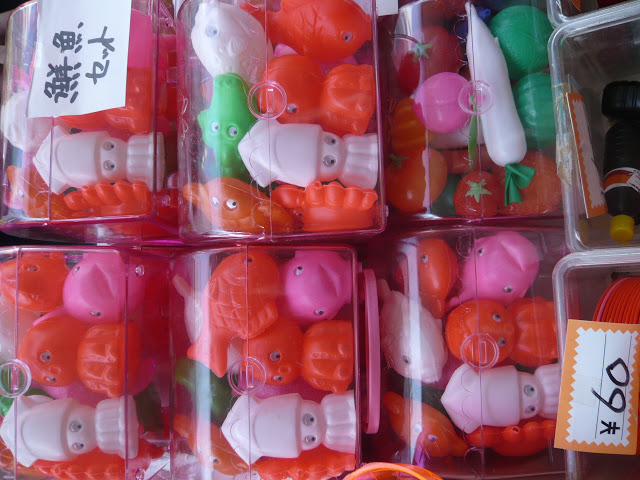 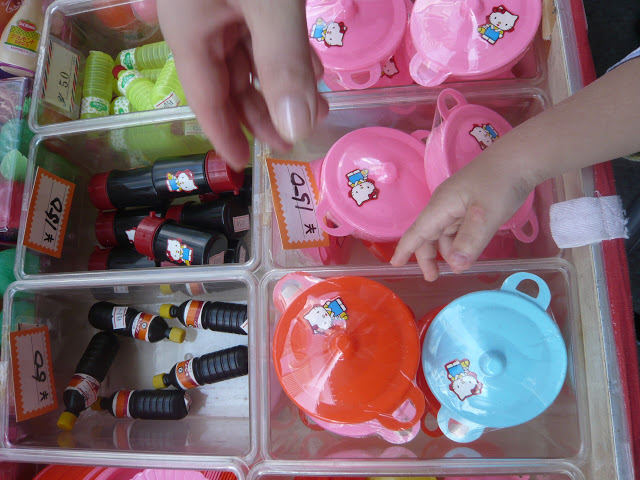 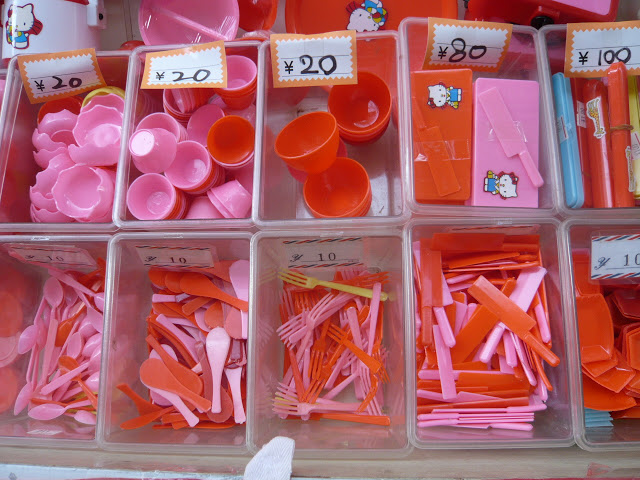 Love the little rice cookers in this shot! 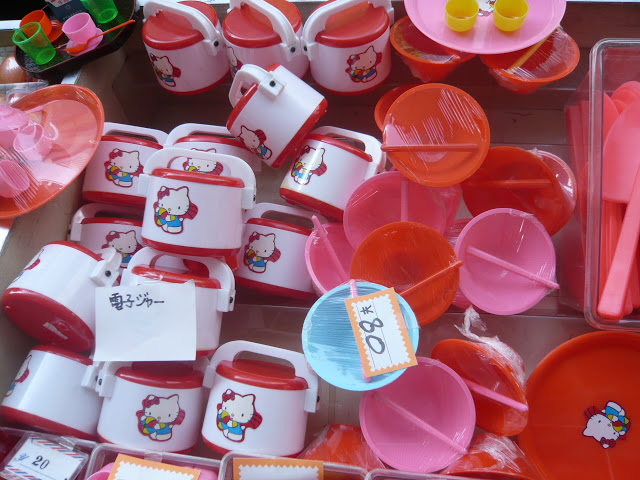 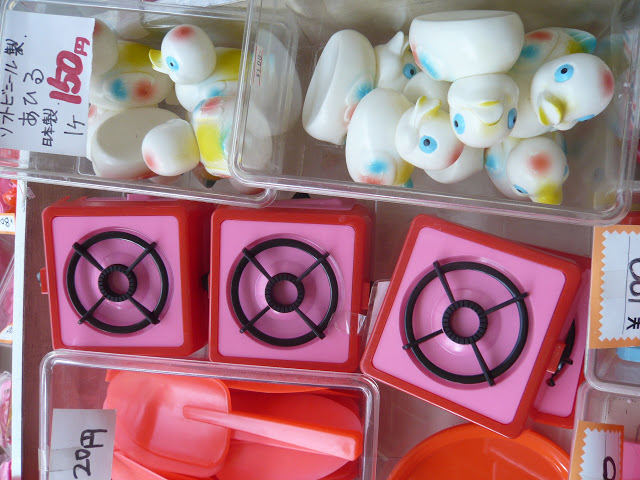 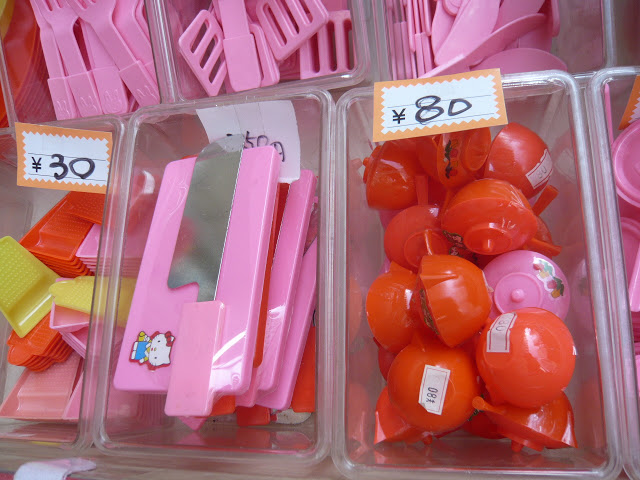 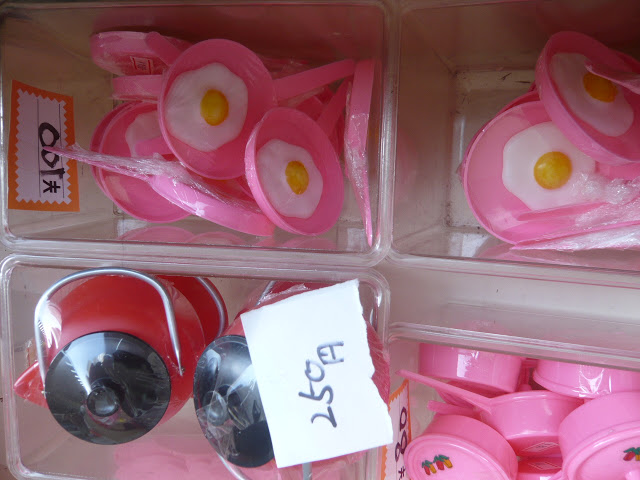 While I thought everything was charming in its over-the-top kitschness, if you were a child who had an aversion to pink or red, you really would have been stuffed back then, to put it elegantly!

After all that colour, it’s kind of funny that I ended up buying items in these more sombre shades. This is my find from Oi Keibajo… a Celine bag for ¥100!!! (About $1.20?? Anyway, to give you an idea of how cheap ¥100 is, even a bottle of soft drink is usually about ¥120 at least!). It’s in a bit of a grungy condition but as you probably know, that doesn’t worry me – in fact it’s better, because I can customise it without worrying that I’m going to wreck it. 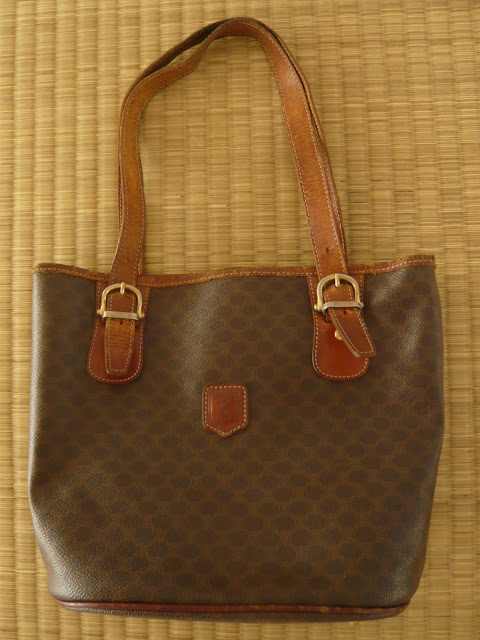 At Intercity I got this windcheater for ¥100 and necklace for ¥200. Yes, the last of the big spenders. 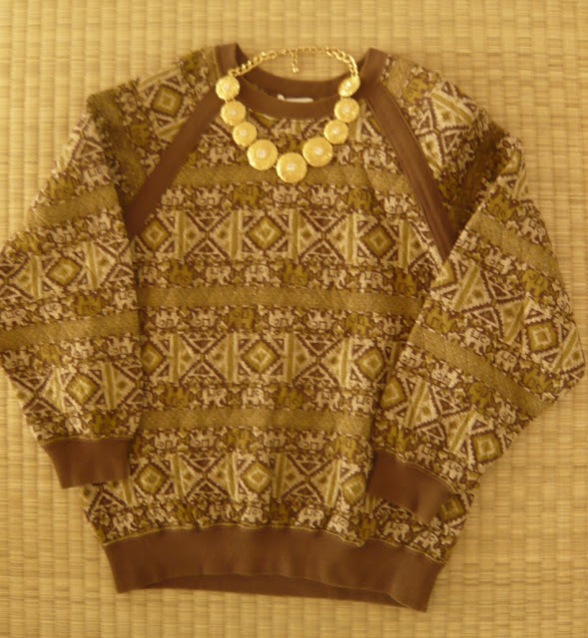 I quite like how the necklace looks with the windcheater… 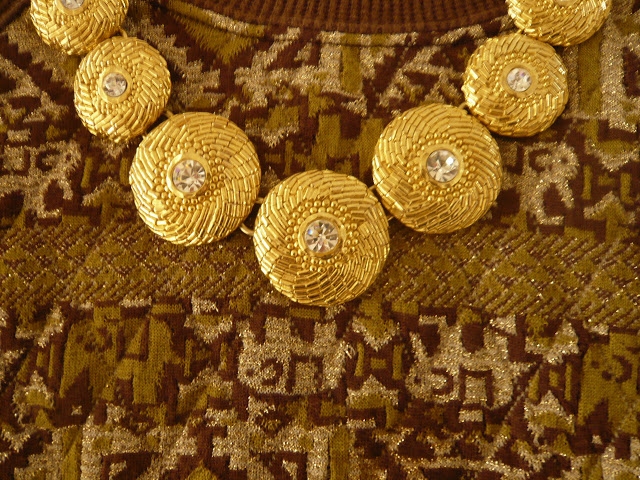 I didn’t notice it when I was buying it, but while I was taking these shots I realised that the pattern I had thought was quite random on the jumper actually turns out to be elephants! 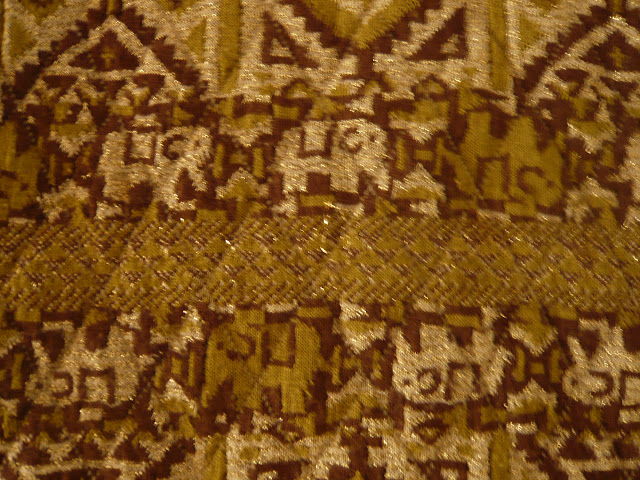 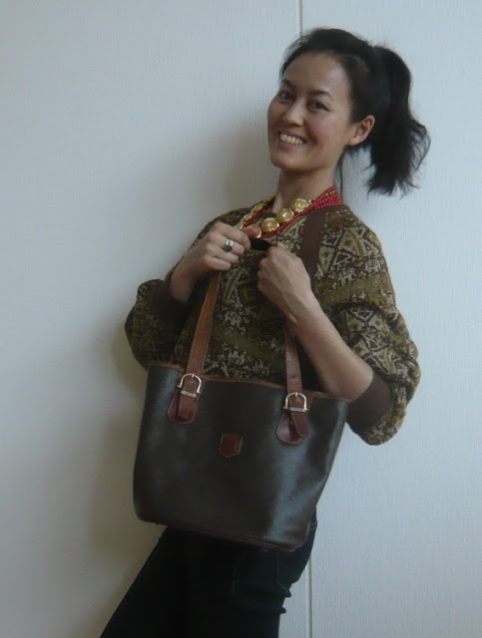 2 thoughts on “Tokyo Day #4 From Hello Kitty to Celine”