After a touristy time in Okinawa I’m in Tokyo again and getting stuck into what the metropolis has to offer – today was quite nostalgic as it felt like when I was working here: back to back appointments followed by an evening event, namely the opening of the Gothicouture exhibition on the third floor of Gyre (the building that Chanel is in on Omotesando).

The exhibition has been put together by Yoshiko Ikoma, who I worked under long ago when we were both at Vogue. She has always been very involved in the art world and this particular exhibition merges fashion with traditional arts, so it was perfect for her. Here she is with the designer of the dress in these pictures, Yasuhiro Mihara (on the right). He worked with “nishijin ori” textile company Hosoo to create this fabric which, while still obviously classic, has a contemporary twist in the form of the camouflage background.

I didn’t catch the name of the guy on the left, but he is from Hosoo and apparently has created fabrics for Dior and other big couture houses. Pretty exciting!

This is an example of the decorations that are often found on ceremonial envelopes (the kind that contain nice crisp, clean ¥10,000 notes for weddings and other occasions).

The technique used for creating the decorations has been applied here to create jewellery, but unfortunately I did not manage to take down the names of the envelope company or the jeweller (I know, bad blogger! But I was too busy catching up with people!) 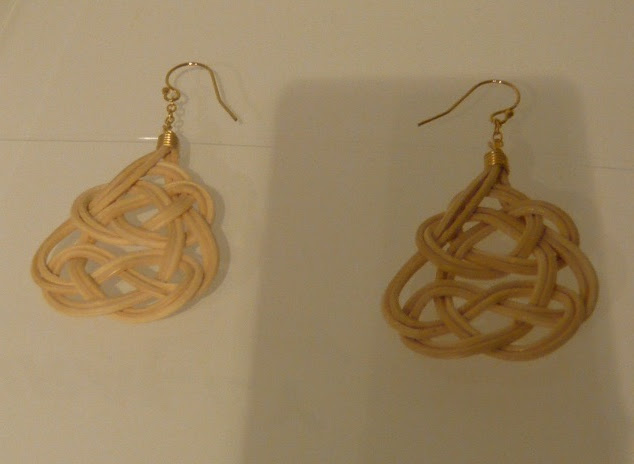 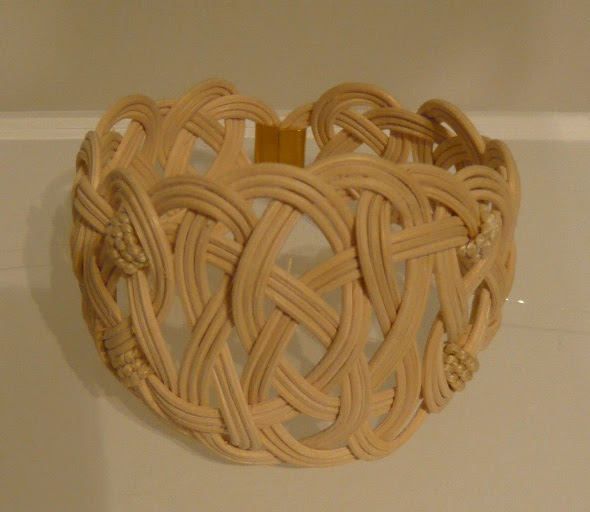 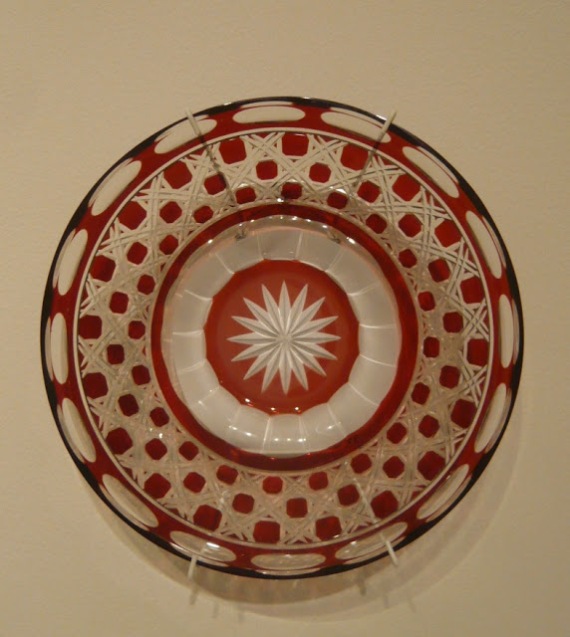 It’s tricky to see, being clear glass, but all the jewellery took on a crystal kind of effect. There are better photos on Naho’s page for her brand, Siri Siri.

The influence is quite clear! 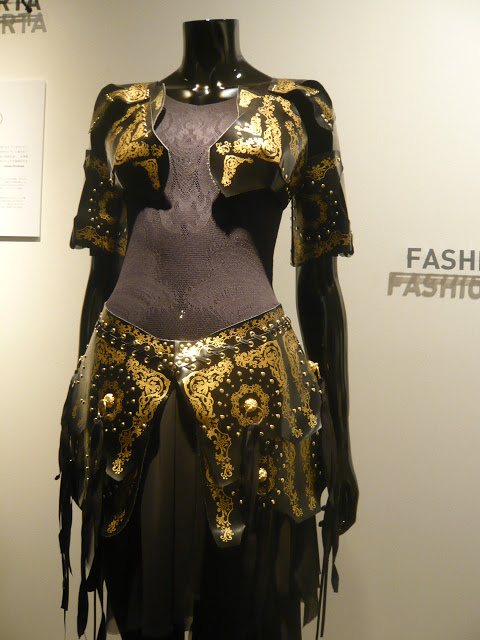 When you think of Buddhism, Lady Gaga doesn’t immediately spring to mind…

…however, I can definitely picture her in these shoes, the soles of which are carved by Misa Imai, an artisan who I assume usually creates wooden items for Buddhist devotions, although don’t quote me on that!

Apparently shoe designer Masaya Kushino has created footwear for Lady Gaga – looking at some of his other work, it’s not surprising! 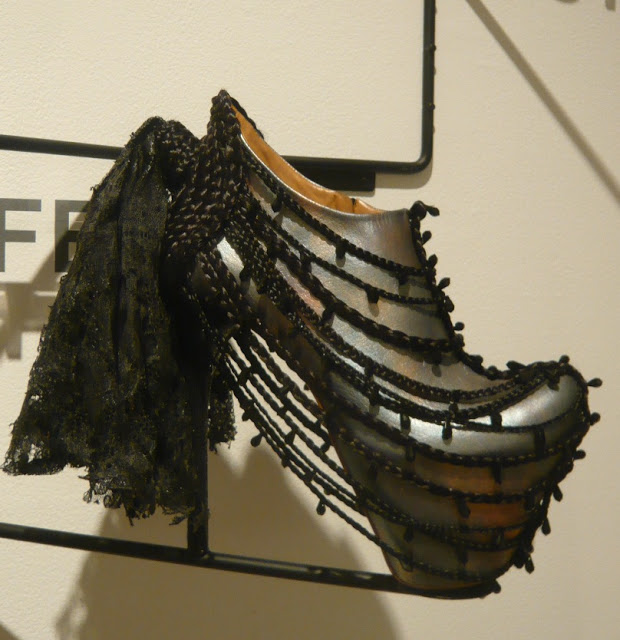 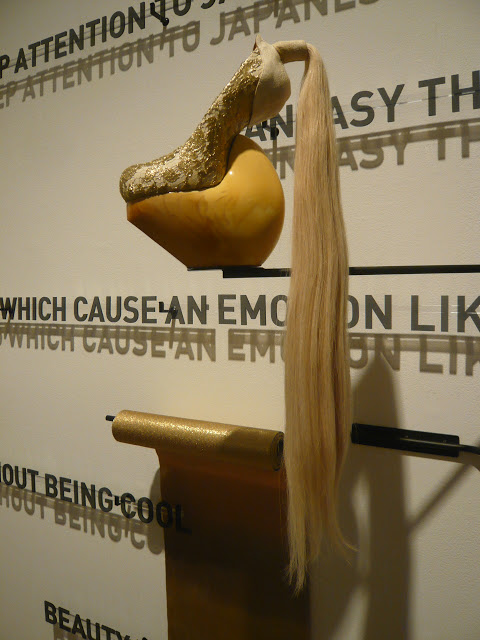 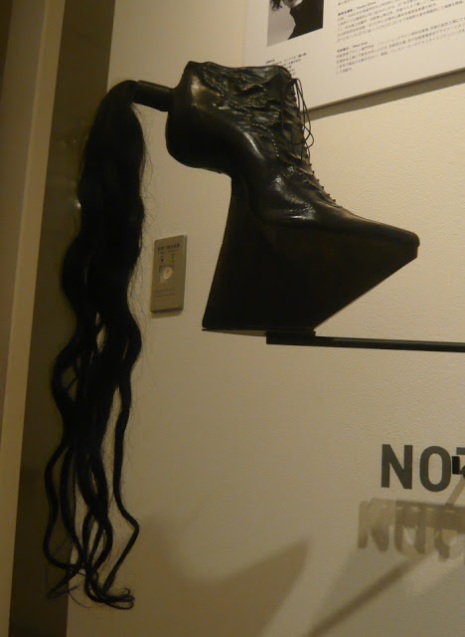 If you’d like to see these wearable artworks for yourself and have the good fortune to be in Tokyo, the exhibition is on until October 23, so drop in!