Travelling solo normally doesn’t bother me – which is lucky, because if it did, I’d never have gone anywhere. It would sometimes be nice to have someone along for the ride, but usually I can entertain myself and don’t even mind eating on my own (well, these days I quite often have The Internet as my dinner guest, so I’m not exactly alone). But last week, after a day traipsing around Chiang Mai in the heat and humidity, I was feeling in need of a friend, and having just seen a post mentioning a cat cafe (thank you, Internet!), I decided to let my inner* crazy cat lady out in the company of like-minded people. (*I know, who am I kidding… my crazy cat lady persona is hardly a secret!)
After asking directions from several tuk tuk drivers and locals who had no idea what I was on about, I finally found Catmosphere (if you’re leaving the Nimman area going towards Chiang Mai University on Huay Kaew Road, it’s on the left in a group of shops in Soi 5).

Cats being cats, none of them actually came up to welcome me, but that’s what the human staff are there for, I suppose. The cats were far too busy chasing each other, drink straws and pens.

There were about three other groups of people already there playing with the cats, which might explain why they weren’t particularly interested in me, but I was happy just to watch them (the cats, not the people!) while I ate (entry is free as long as you buy something to eat or drink). 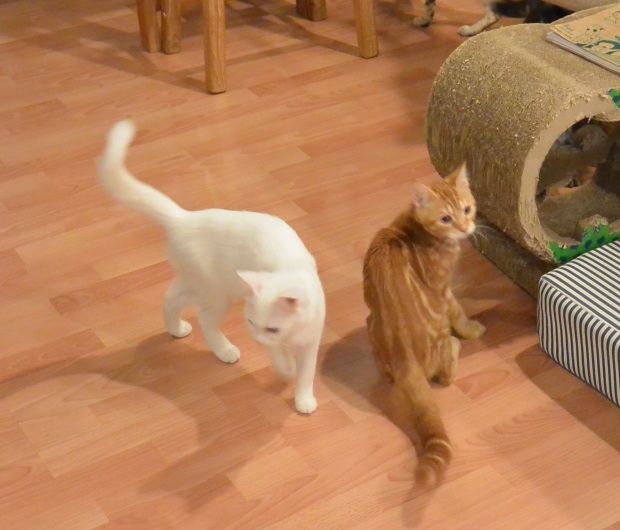 The cafe opened about a year ago and the owner – a German guy (at least I think he is German), not at all a stereotypical crazy cat lady – told me that all the cats come from breeders, which explains why some of them look so haughty… 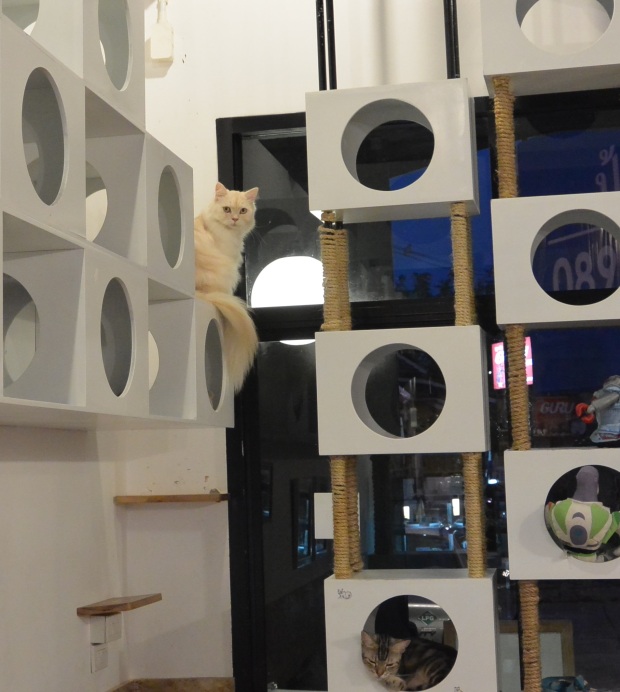 I thought it was kind of a pity that they weren’t from shelters (knowing how many streetcats there are in Asia!) but a good temperament is paramount for those in the hospitality industry so maybe these ones were better equipped for being around us silly humans all day? Or maybe that was the owner’s reasoning, at least. 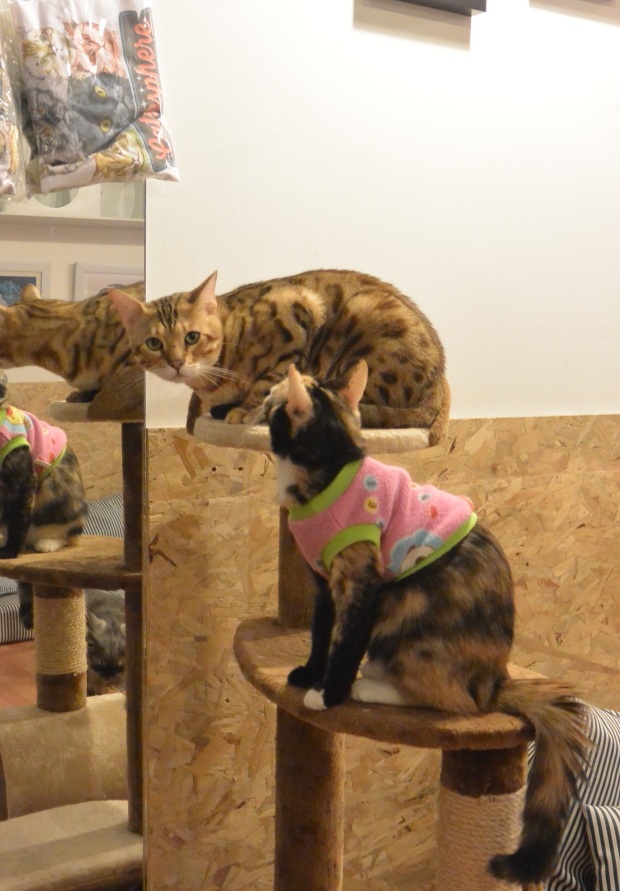 I’d felt quite exhausted when I walked in to Catmosphere but an hour or so of feline company – and maybe the hamburger and fries I had too – revived me and I didn’t feel like this any more (although my hair was still as fluffy, thanks to the humidity)…

In fact I was so relaxed after my visit that – I realised THE NEXT DAY – I left my umbrella there. I don’t normally lose things so obviously I was extremely distracted by ALL THE CUTE.

It turns out that Catmosphere has just opened in Sydney, too, and there are cat cafes everywhere these days (and a rabbit cafe in Chiang Mai too), so if you’re feeling a bit low or simply craving a feline fix, give it a go – just remember to check your belongings before you leave!

← Untypical Thailand
In the market for street eats in Chiang Mai →

One thought on “Wellness Wednesday: cats for company”