Hello from Changi airport! It’s 2am and after landing at midnight from Bangkok, I have two more hours until my flight leaves for Bali (yes, I’m still travelling around Asia!). It seems like the perfect time to catch up on a bit of blogging, although I’m not exactly at my peak so I may not be capable of the sparkling prose which usually characterises this blog (but obviously ironic self-deprecation is still within my grasp). Anyway, here’s what I got up to at the end of August (agggh has it really been that long!?) over a few hours in Nagoya, Japan. I would never have thought of Nagoya as a vintage shopping mecca but it turns out if you know where to look (thanks to tips from my friend Kyoko, a Nagoya local) you can find innumerable treasures for just a few dollars.

So where do you look? Well, there’s a famous shrine called Osu-kannon and a subway station of the same name. From exit 2, pass through the shrine grounds and you’ll reach an old pedestrian mall with nostalgia-inspiring little shops and eateries – and a huge Komehyo “kimono-kan” (kimono hall). 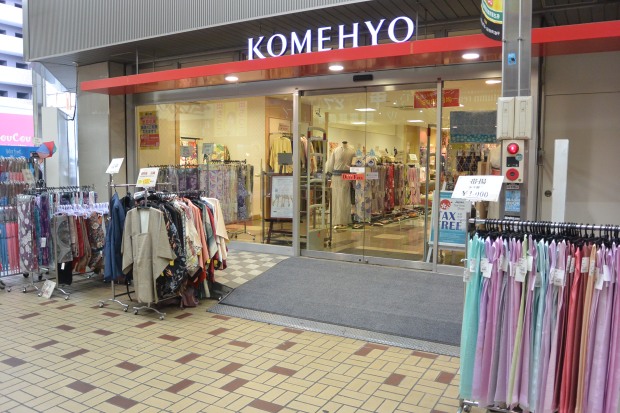 Komehyo* is well-known in Japan as a secondhand clothing and accessories shop that sells brand-name items that are often in pretty much mint condition (it’s a badly kept secret that a lot of people in the fashion industry sell their stuff at Komehyo… I did it myself when I lived in Tokyo and had designer novelties I didn’t need!). If you’re looking for a Gucci or Prada wallet, Comme des Garcons shirt, or pretty much any piece of designer wear at a tiny fraction of what it would cost new, and you want to try it before you buy it rather than just clicking “add to cart” and hoping for the best, it is THE place to shop. However, until I found this particular branch I wasn’t aware that Komehyo also sells kimono and all the accoutrements Japanese traditional dress requires (obi sashes and cords, tabi socks, haori jackets and everything else, including all manner of padding to mould the body into the right shape before the kimono even goes on). 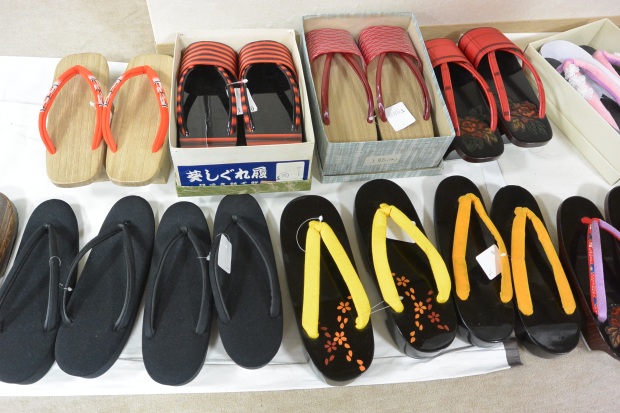 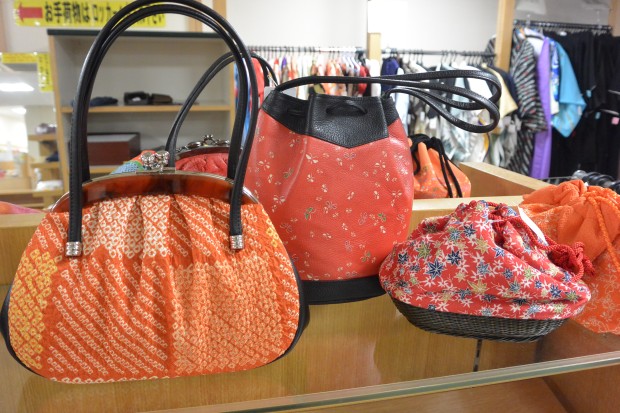 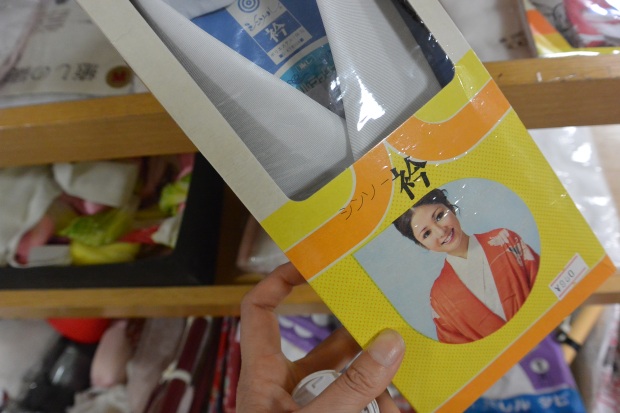 There are two whole FLOORS of secondhand kimono (insert drool emoticon). The first is probably more for Japanese who are looking to wear full traditional dress as it’s more expensive, but the upstairs level is a foreign tourist’s paradise because prices start at about $1.

There are so many prints and patterns to choose from… 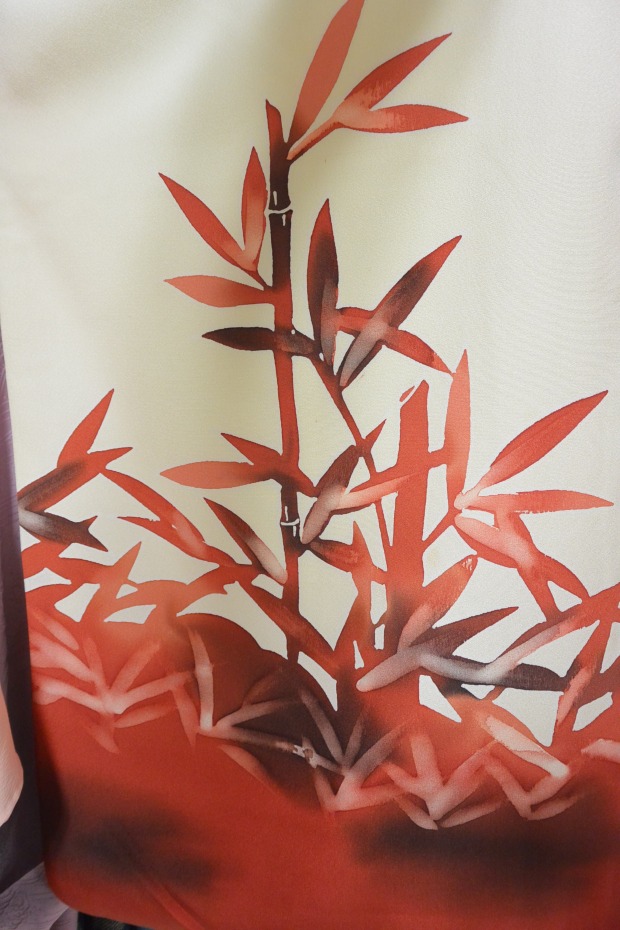 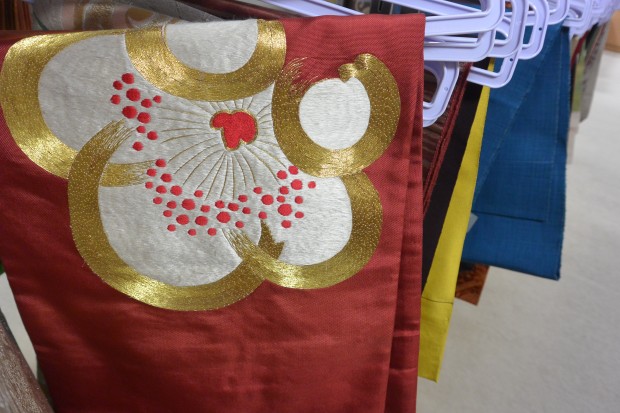 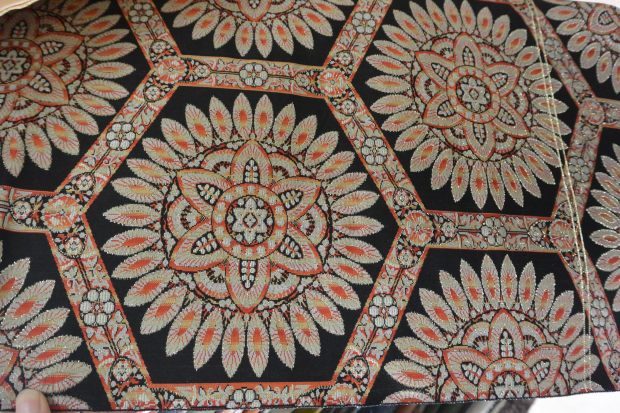 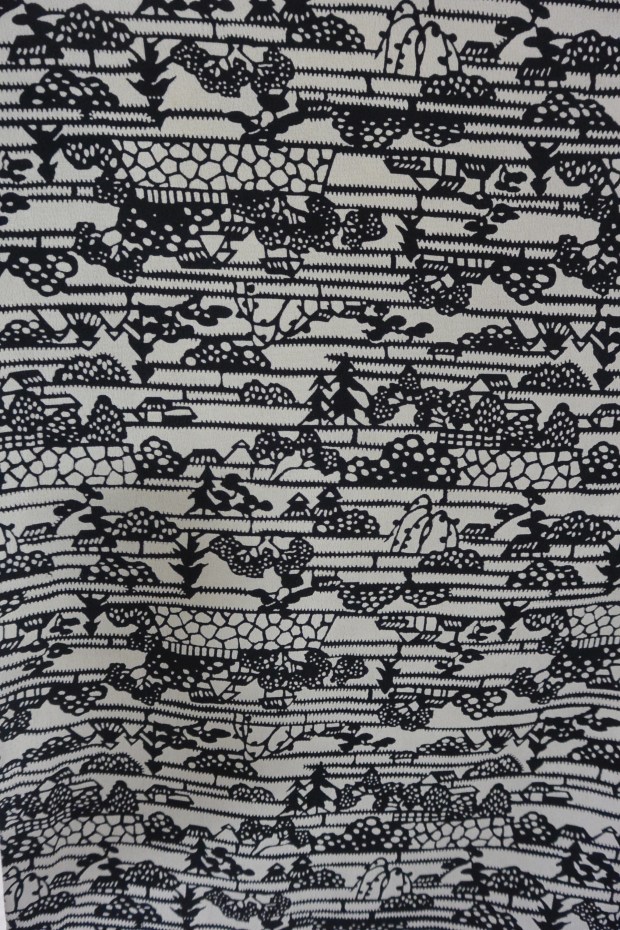 As you can imagine, I was in paradise even though I already have shelves of kimono at home in Melbourne. I bought yet another one for 100 yen (about $1 or so) as well as a batik scarf for the same price, then headed down the road a bit to the “brand names” branch of Komehyo and bought two pairs of shoes (that appear to have never been worn) for about $50 in total. 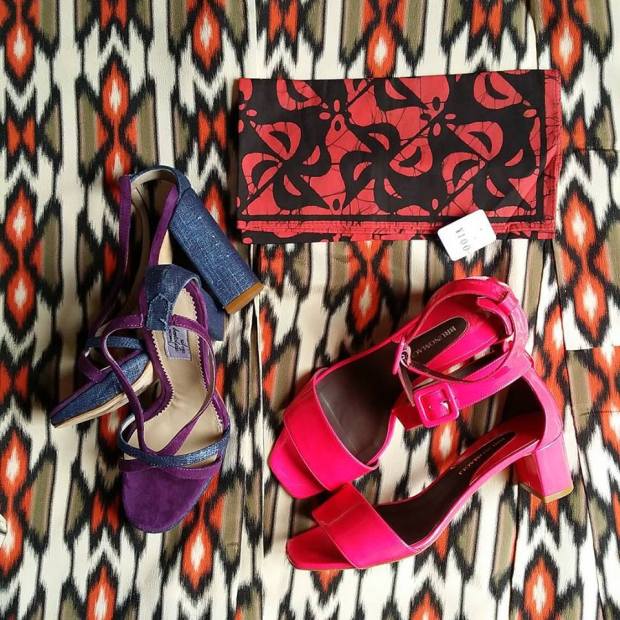 I was a little surprised at myself because usually I don’t get this excited unless I’m at a flea market. But flea markets are only on during the weekend, whereas Komehyo is open every day! So if you can’t find a flea market in Nagoya but get the urge to splurge (well, spend maybe $5?) head to the Osu-kannon area with a BIG empty shopping bag! (You can actually buy online from them too but I can’t find the link right now, I’ve got it on a card somewhere so let me know if you want me to post it later. Komehyo is everywhere in Japan but the kimono hall is only in Nagoya).

*This post is not sponsored by Komehyo and I wouldn’t advise just going in and snapping photos – I asked for permission (in Japanese) before I took any shots.