AGGGH! It’s SO HOT here in Melbourne! It seems like weeks since the daytime temperature dipped under 30 degrees and it’s set to continue for a few days yet. If you’re sick of sizzling on the beach or sweating it out at your desk, why not head to the delightfully airconditioned ACMI and dive into Deeper in Vogue, their program of fashion films which runs until this Wednesday. I’d already seen the divine Diana Vreeland doco The Eye Has To Travel (pictured above) but if you missed it a few months ago, definitely check it out this time as it’s part of the program. A word of warning, though – spread out ALL your DIY bits and pieces so you can find them easily when you get home, because Diana is so inspiring you will have a zillion projects in mind by the time you leave the cinema.

Last week, thanks to some secret connections at ACMI (aka my friend James, whose office was also kind enough to supply all these still shots) I took in a preview of God Save My Shoes, another of the films for the fashion program. As you can see below, it features Manolo Blahnik among other footwear cognoscenti such as Kelly Rowland of Destiny’s Child who is also a self-proclaimed Shoe Mommy. Shoes are one of the few wearable items that I haven’t actually made myself (yet!) but as the owner of many pairs of heels, it was fascinating to find out what makes other women tick when choosing what they put on their feet. 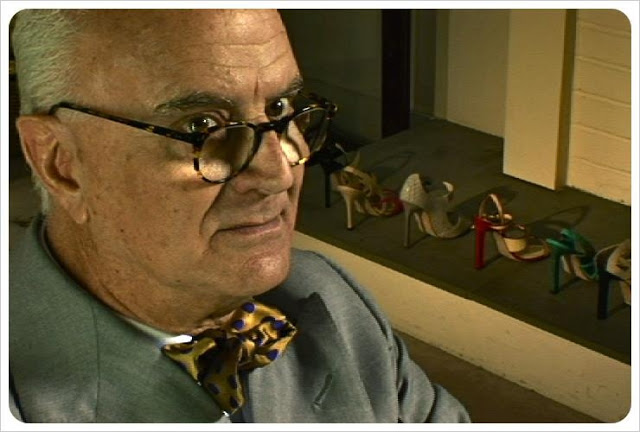 Last night was the moment many of us (including GT, whose reviews on this series you may also like to read) had been waiting for – the incorrigible Mademoiselle Agnes in Dressed for Summer 2013. Judging by what went down the runways, it obviously wasn’t a Melbourne summer – or even autumn – that the designers she interviewed had in mind, but who cares? 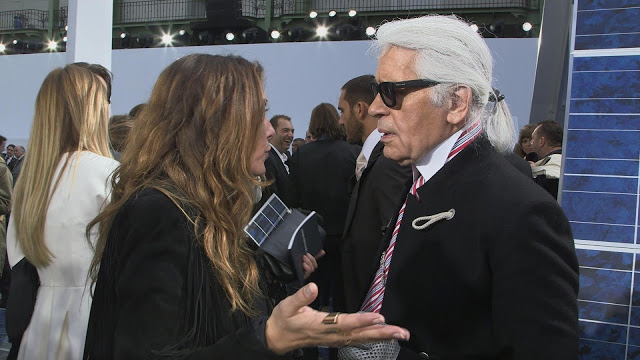 Mademoiselle Agnes consistently gets some great behind-the-scenes footage and always manages to make big stars look foolish. This time it was simpering Sharon Stone inviting Raf Simons of Dior to stay at her “cottage” in LA who was the target of the Mademoiselle’s mirth. 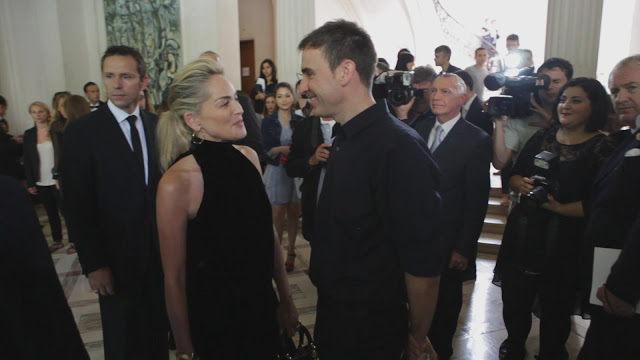 More exciting for me, though, was spotting my friend Adam in the film – he works as PR at French label APC and he was rushing about looking handsome and doing PR stuff in the background of one of the interview scenes!
The fourth film on offer is Versailles ’73: American Runway Revolution.

To me it sounds like a fabulous international version of Project Runway and I can’t wait – I’m off to see it tomorrow afternoon, if I haven’t melted away by then, that is. It’s hard to believe that in a bit over a week we’ll be watching autumn/winter fashions on the runways at LMFF!
メルボルンにいる皆さん、最近毎日暑いですね。ビーチ、プールなど、もう飽きていますか？そうなら、冷房がよく効いているACMIでファッションフィルムシリーズ、見に行くのはどうですか？４つの映画が水曜日まで上映中ですが、どれも面白くてファッションのインスピレーションにもなると思います。でも、この4つの映画から一つだけを選ぶならThe Eye Has To Travelは私のチョイス。英語が分からなくてもビジュアルが素敵で、昔のファッション写真やビデオも多いです。見ている間、いろんなDIYファッションやアクセサリーアイデアが浮かんできました。もうすぐのメルボルンファッションウィークLMFFまで、作れるかな？！頑張ってみます！

← Vintage fabric from Vietnam
Got a minute? →

2 thoughts on “Fashion on Film”