The DIY-er taketh away

Most of the time, as you might have noticed, my DIYs involve adding print, colour, embellishment… basically, MORE. But this time, I decided to take something away instead.

I found this headband at an op shop. From the embroidery and decoration on it I’d say it’s part of some kind of ethnic costume, maybe for some kind of festival, and maybe from somewhere in Central Asia, like Uzbekistan (the embroidery looks like a suzani I have from that area). 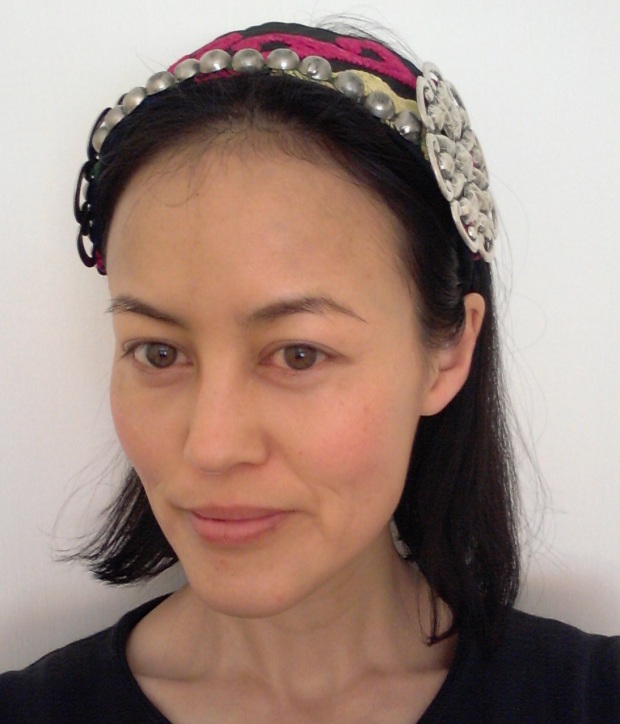 I liked all the elements of the headband (embroidery! metal stud-kind of things! huge intricate discs!) but somehow they looked wrong all together. It was just a bit too much, even for me! So I pulled off the discs and now it looks like this. 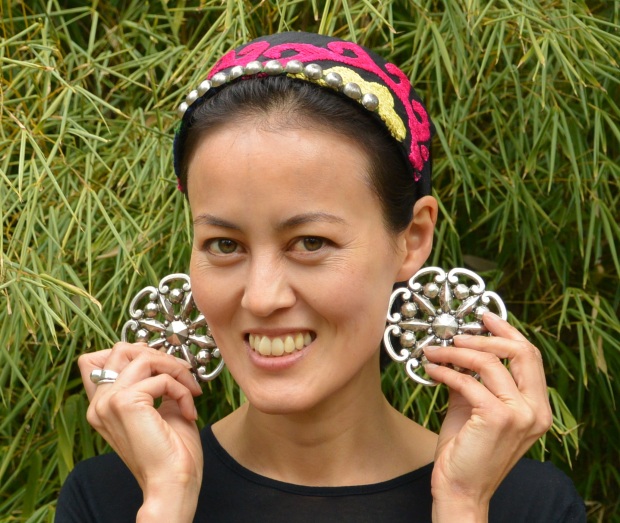 I’m thinking of making the discs into earrings, or part of a necklace. Or maybe something a bit more risque? 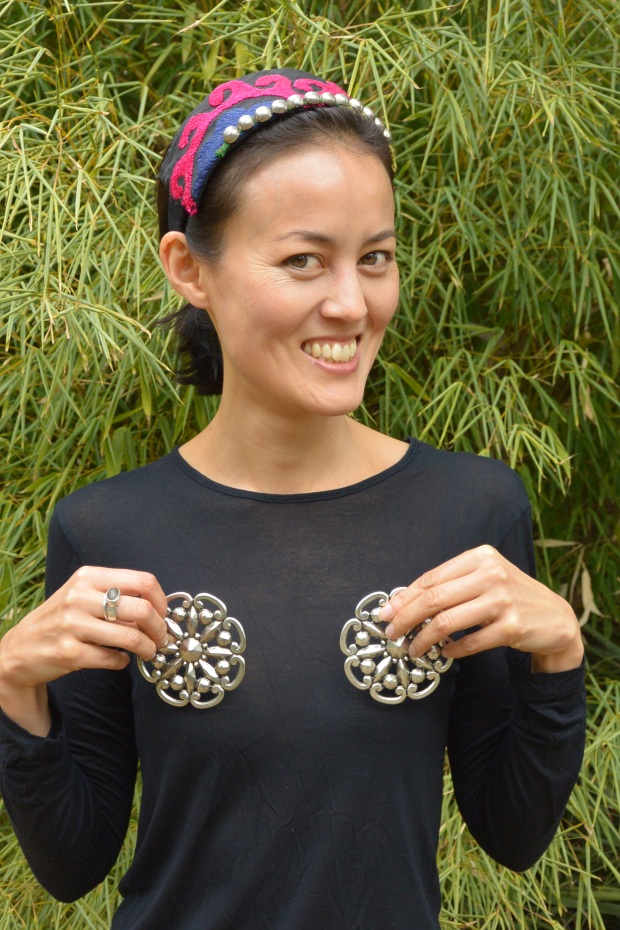 Then again, maybe not!

I started off wearing the headbands with the studs at the front, but it actually looks better with them facing the back, don’t you think? It somehow adds more volume at the back of the head, which is always a good thing when you’re a pinhead like me. 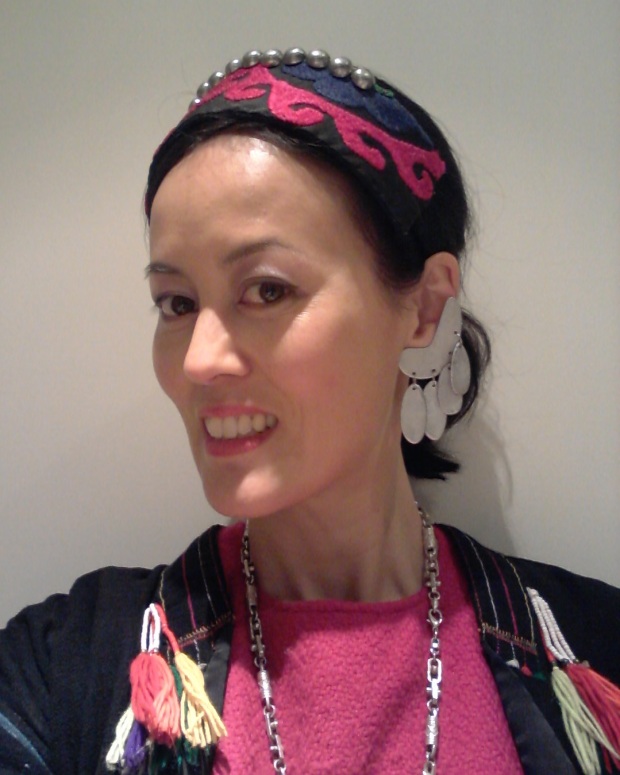 So there you go. Sometimes it is better to go for a slightly more minimalist approach (only slightly!!).

If you wanted to make something similar you could glue a strip of embroidery or embroidered ribbon to a headband and then stick some studs or sew some little decorative buttons along one side – or both sides, or all over it… (oops, there goes that minimalist approach!).

By the way, the earrings I’m wearing are from my Wilderness Bazaar collection – check it out if you like!

4 thoughts on “The DIY-er taketh away”